In no particular order…. 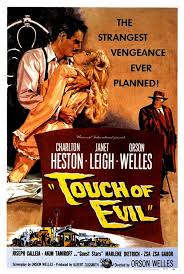 -Come on, read my future.

-You haven’t got any. Your future is all used up. 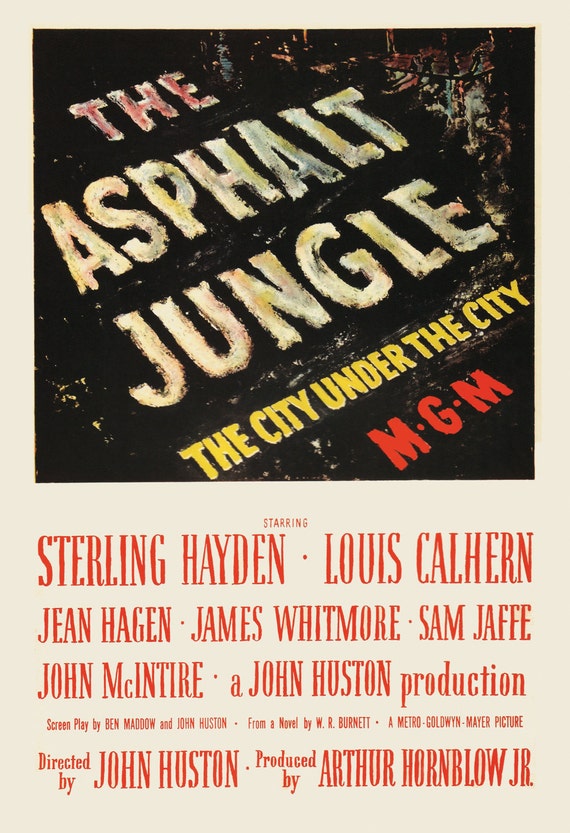 –People are being cheated, robbed, murdered, raped. And that goes on 24 hours a day, every day in the year. And that’s not exceptional, that’s usual. It’s the same in every city in the modern world. But suppose we had no police force, good or bad. Suppose we had… just silence. Nobody to listen, nobody to answer. The battle’s finished. The jungle wins. The predatory beasts take over.

–There’s something I always wanted to tell you. There are kids, millions of kids who’ve grown up poor. Like you. How did it happen? What difference was there between them and you, that you became a hood, a tough guy, and not them? Know what I think, Jo? They’re the tough guys, not you.

-Honey, I’ll make money like you want me to. Big money. But it takes time, you gotta give me time.

–No guts, nothing! I want action!

-I don’t know anything about medicine, doctor, but that’s one prescription that never cured anything.

–Don’t be so gloomy. After all it’s not that awful. Like the fella says, in Italy for 30 years under the Borgias they had warfare, terror, murder, and bloodshed, but they produced Michelangelo, Leonardo da Vinci, and the Renaissance. In Switzerland they had brotherly love – they had 500 years of democracy and peace, and what did that produce? The cuckoo clock. So long Holly.

-I am big. It’s the pictures that got small.

“God moves in mysterious ways,” they said. Maybe he is on your side, the way it all worked out. Remembering other Christmases, wishing for something, something important, something special. And this is it, baby boy Frankie Bono. You’re alone now. All alone. The scream is dead. There’s no pain. You’re home again, back in the cold, black silence.

–When your head says one thing and your whole life says another, your head always loses.

–You have my sympathies, then. You have not yet learned that in this life you have to be like everyone else – the perfect mediocrity; no better, no worse. Individuality’s a monster and it must be strangled in it’s cradle to make our friends feel confident. You know, I’ve often thought that the gangster and the artist are the same in the eyes of the masses. They are admired and hero-worshipped, but there is always present underlying wish to see them destroyed at the peak of their glory.

-That’s not the way to win.

-Listen, Mister. When I come in here tonight, you seen an old clock runnin’ down. I’m tired. I’m through. Happens to everybody sometime. It’ll happen to you too, someday. With me it’s a little bit of everything. Backaches and headaches. I can’t sleep nights. It’s so hard to get up in the morning, and get dressed and walk the streets. Climb the stairs. I go right on doin’ it! Well, what am I gonna do, knock it? I have to go on makin’ a livin’… so I can die. But even a fancy funeral ain’t worth waitin’ fer if I gotta do bus’ness with crumbs like you.

–Why don’t you take a good look at yourself. What do you see? A doctor? A scientist? A businessman? You see a scar-faced ex-con. A two-bit safecracker. A petty thief who don’t know when he really made the big time. Where do you come off to blast her? No matter what she’s been, what she’s done. She’s a giant! And you wanna know why? Well, I’ll tell ya. Because she sees something in you worth saving. If only one tenth of one percent of all the good in her could rub off on you, you’d be a giant, too. But you’re a midget! In your head, in your heart, in your whole makeup. You’re a midget!

–A man could spend the rest of his life trying to remember what he shouldn’t have said.

–Nick Bianco hadn’t worked for a year. He had a record – a prison record. They say it shouldn’t count against you but when Nick tried to get a job the same thing always happened: “Very sorry.” No prejudice, of course, but no job either. So this is how Nick went Christmas shopping for his kids.

-She was a tramp.

-She was a human being. Let me remind you that even the most unworthy of us has a right to life and the pursuit of happiness.

-From what I hear she pursued it in all directions.

–Money. You know what that is, the stuff you never have enough of. Little green things with George Washington’s picture that men slave for, commit crimes for, die for. It’s the stuff that has caused more trouble in the world than anything else we ever invented, simply because there’s too little of it.

-There are a lot of people around that would like to see lots of other people die a fast death… only they can’t see to it themselves. They got conscience, religion, families. They’re afraid of punishment here or hereafter. Me… I can’t be bothered with any of that nonsense, I look at it like a good business. The risk is high but so is the profit.

–You’re sore because you’ve fallen for a little drunk you tamed in Miami and you don’t like it. It makes you sick all over, doesn’t it? People will laugh at you, the invincible Devlin, in love with someone who isn’t worth even wasting the words on.

–Suddenly it came over me that everything would go wrong. It sounds crazy, Keyes, but it’s true, so help me. I couldn’t hear my own footsteps. It was the walk of a dead man.

-I can always go through life sideways.

–Mr. Falco, let it be said at once, is a man of 40 faces, not one – none too pretty, and all deceptive. You see that grin? That’s the, eh, that’s the Charming Street Urchin face. It’s part of his helpless act: he throws himself upon your mercy. He’s got a half-dozen faces for the ladies. But the one I like, the really cute one, is the quick, dependable chap. Nothing he won’t do for you in a pinch – so he says. Mr. Falco, whom I did not invite to sit at this table tonight, is a hungry press agent, and fully up to all the tricks of his very slimy trade.